Legacies and Lessons from the Los Angeles Riots

Thirty years after the 1992 Los Angeles Riots, African American and Asian American communities struggle to find lasting responses to the persistence of social, racial, and economic injustice in their communities. Leaders within these communities contend with the social unrest, strained racial relationships, and racialized violence manifesting itself over the thirty years since the Los Angeles riots. The stubbornness of these fault lines is evident in the events of Ferguson, Missouri, and Baltimore, Maryland, following encounters between African American men and the police. In each of these cases, Asian American stores were among those looted and destroyed. However, church leaders and community organizers hope for a lasting theological and grassroots response to the destruction and division caused by these systems and fault lines of injustice.

The Betsey Stockton Center for Black Church Studies and the Center for Asian American Christianity at Princeton Theological Seminary witness to this hope through a virtual conference that explores the intersection of racial violence, economic hardship, and protest by Black and Asian communities in the US. Because of different histories, structures of marginalization, and experiences, Black and Asian communities have different entry points into the conversation about race and class, as well as different forms of protesting injustice. At the same time, the experience of injustice—and the response of protest—exceeds these different histories and experiences. Moreover, shared religious commitments provide powerful motivations and scripts for reconciliation and solidarity.

This virtual conference features leading scholarly voices along with community organizers and religious leaders to catalyze new discussions at the crossroads of race, economics, and protest. While advancing scholarly analysis at the intersection of race, economics, and protest for Black and Asian communities, this conference also stirs imaginations and articulates new scripts for racial solidarity and economic justice. This conference explores the lasting implications of the 1992 Los Angeles Riots and the promise of religion to prompt new coalitional opportunities for racial solidarity and economic justice. 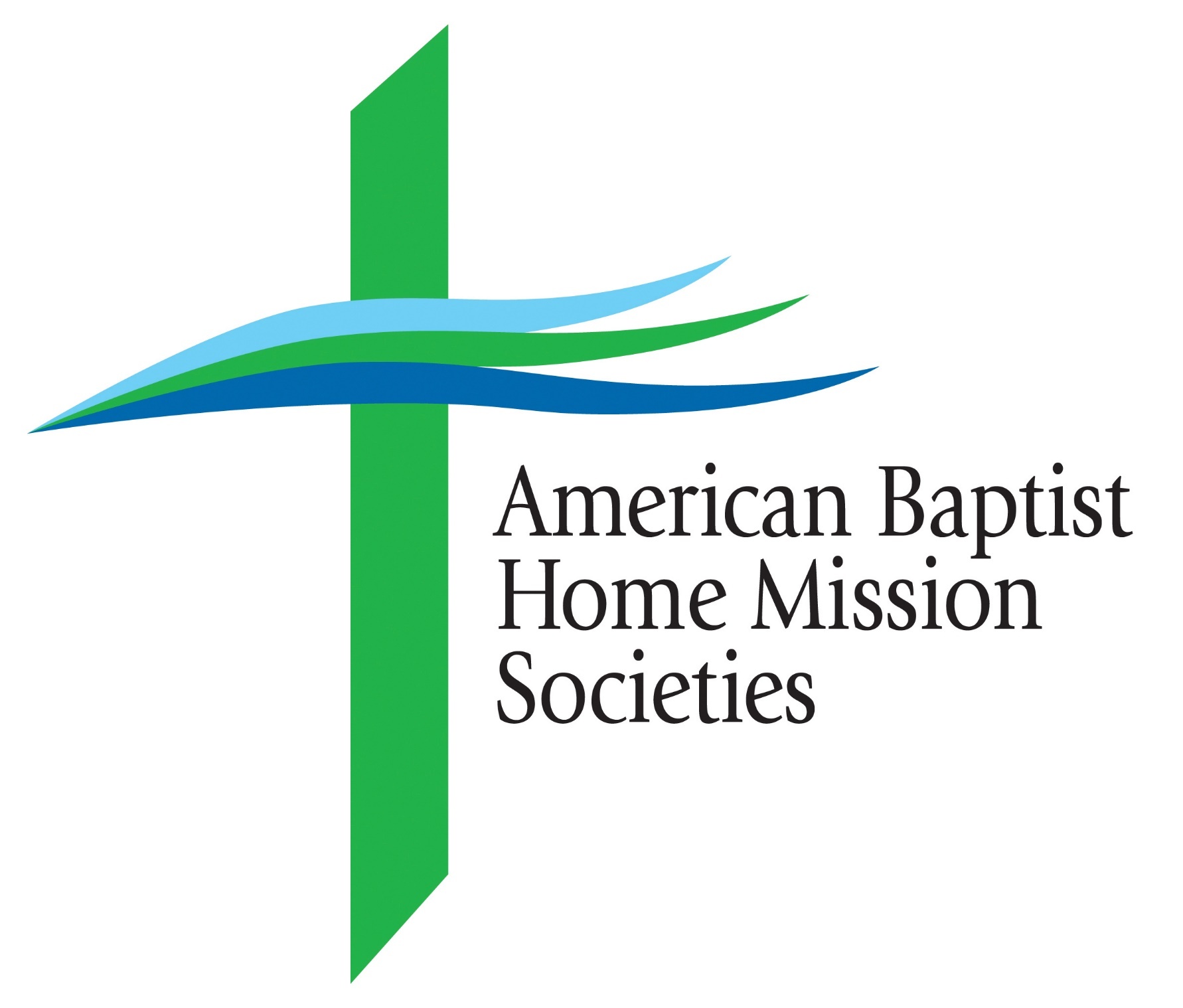 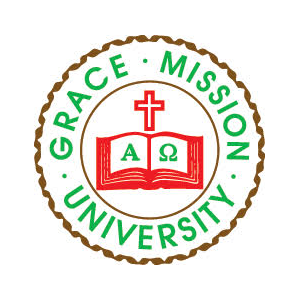 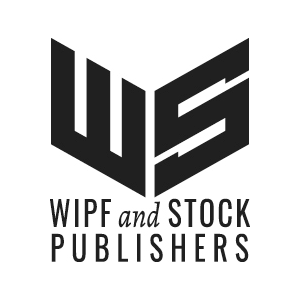 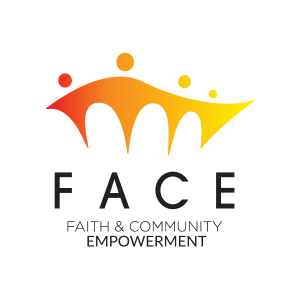 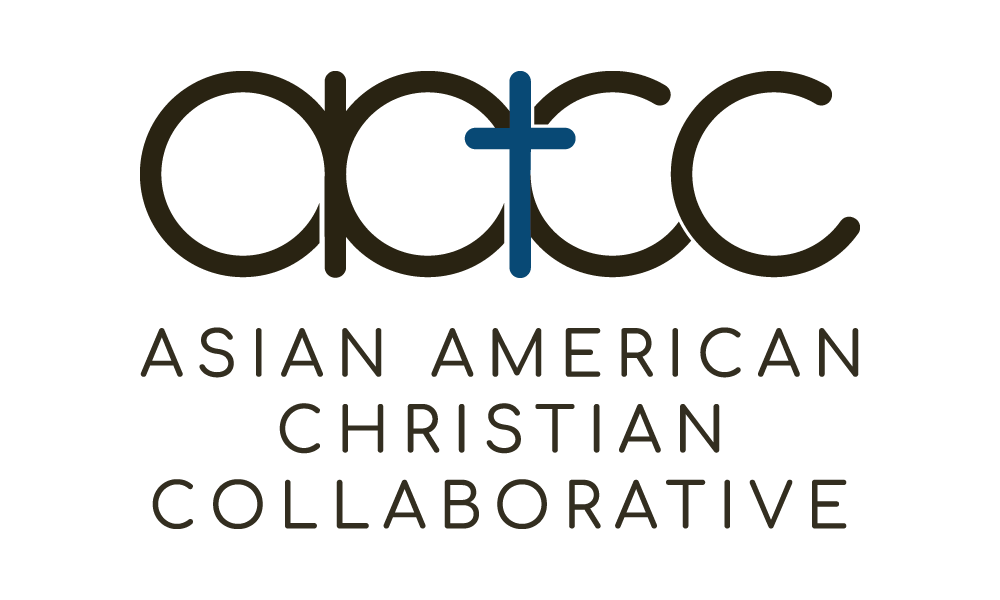 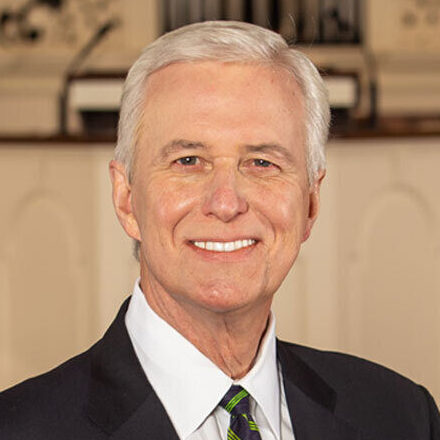 Craig was raised on Long Island, New York. After graduating from The King’s College and Princeton Theological Seminary, he received a Ph.D. in the History of Christianity from The University of Chicago.

He has served as a pastor to three congregations including The National Presbyterian Church in Washington D.C.  He also served as the Meneilly Professor of Pastoral Ministry at Pittsburgh Seminary while also serving as the senior pastor of Shadyside Presbyterian Church.  In 2012 he was elected president of Princeton Theological Seminary.

He has eight published books (soon to be nine…his latest book Diary of a Pastor’s Soul, will be published this May.  He also served as an Editor at Large and frequent contributor to The Christian Century for many years. 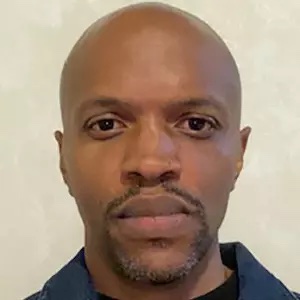 Julius Crump (Ph.D., Chicago) is an Assistant Professor of Religion at Carthage College. His current research assesses arguments against the inclusion of sacred protest practices in late twentieth century American politics. He co-edited African American Theological Ethics and is completing a manuscript titled Fear of a Black Public: Religious Protest in Contemporary Materialist Thought. He has published articles on cultural studies, Black theology, pragmatism, and the problem of evil 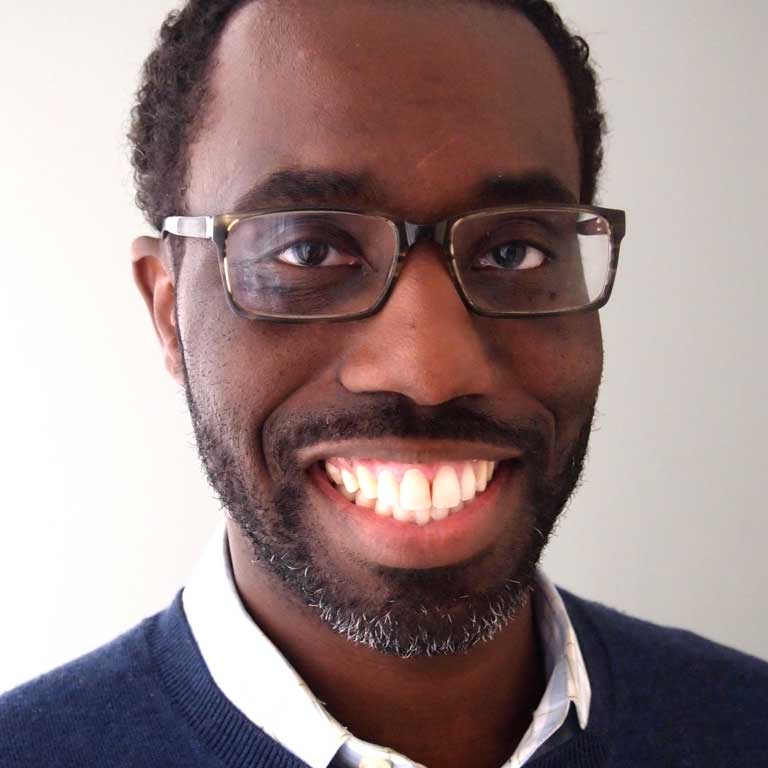 Professor Tucker Edmonds’ research interests are black and womanist theologies, alternative Christianities in the black Atlantic, and the role of scripture in African and African American religious traditions. Joseph has received grants from the Wabash Center for Teaching and Learning, the Fund for Theological Education, and the Woodrow Wilson Foundation. His most recent scholarship has focused on the relationship between alternative Christian movements and the Black body with a recent article entitled “The Canonical Black Body: Alternative African American Religions and the Disruptive Politics of Sacrality” in the journal Religions. In addition to his focus on African and African American Christian traditions, Tucker Edmonds is a noted teacher and an engaged scholar. He serves as the president of the local Indianapolis branch of the Association for the Study of African American Life and History (ASALH), is a member of the editorial board of the Wabash Center’s Journal on Teaching, and is currently leading a community-engaged project that is studying the impact of COVID-19 on Black arts and cultural institutions in Indianapolis.

Tucker Edmonds’ upcoming book, The Other Black Church: Alternative Christian Movements and the Struggle for Black Freedom, will be published in the fall of 2020. This book highlights the variety and vibrancy of the African American Christian sphere during the latter half of the twentieth century, and it adds to the growing body of work that is addressing alternative Christian traditions, the reorganization of the black public sphere during the twentieth century, and the importance of alternative Christian traditions in shaping the terms of freedom and citizenship in the larger African American community. 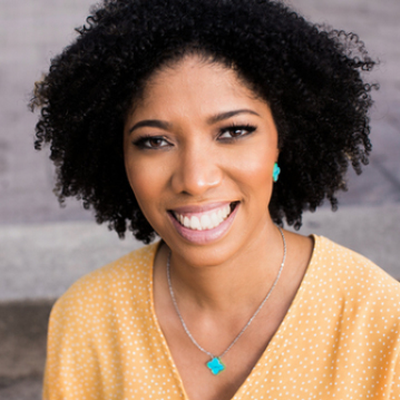 Blessed by an array of academic, professional and lived experiences, Christina is committed to bringing people together to promote personal and team flourishing.

Christina holds a PhD in Counseling Psychology from Tennessee State University, a MS degree from the University of Rochester in Family Therapy, and a Bachelor’s degree in Sociology from Hampton University.

For over decade, Christina has served in a variety of roles including recently as the Dean for Intercultural Student Development at Calvin University. Within the Higher Education sphere, she continues to serve as an instructor and partners with several universities to develop ethical and impactful leaders. Additionally, a Certified Cultural Intelligence facilitator, public speaker, and mental health therapist, Christina is often contacted by churches to consult about leadership development, anti-racism, and mental health issues. Her writing has been seen and referenced in a variety of outlets including Essence.com, YourBlackWorld.com, and Gospel Today magazine. She is also one of the co-hosts of the Truth’s Table podcast. 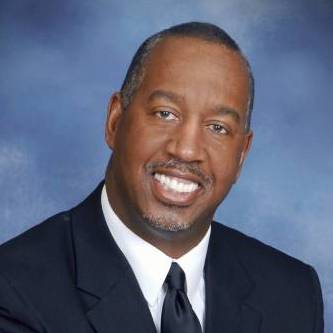 Office of Public Witness of the Presbyterian Church

Jimmie R. Hawkins is the director of the Office of Public Witness of the Presbyterian Church (U.S.A.), the public policy advocacy and information office of the denomination located in Washington, DC. He is an ordained clergy member of the PC(USA). 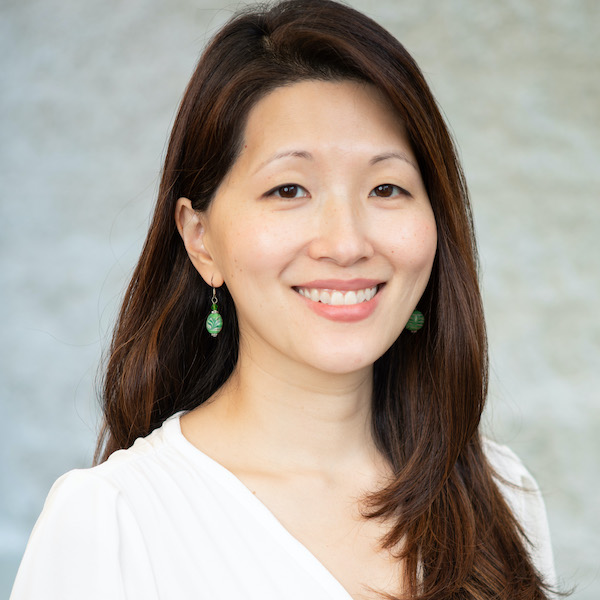 Jane Hong is associate professor of history at Occidental College and the author of Opening the Gates to Asia: A Transpacific History of How America Repealed Asian Exclusion (University of North Carolina Press, 2019). Her current project, under contract with Oxford University Press, uses the history of Asian American evangelicals to explore intersections of race, religion, and politics since the 1970s. Hong serves on the editorial board of the Journal of American History and the executive board of the Immigration and Ethnic History Society. She has led K-12 teacher seminars for the Gilder-Lehrman Institute of American History, consulted for television programs including Finding Your Roots with Henry Louis Gates, Jr., and penned op-eds for the Washington Post and the Los Angeles Times. She also appeared in two episodes of the Peabody Award-winning PBS docuseries, Asian Americans. Hong received her Ph.D. in history from Harvard and her B.A. from Yale. 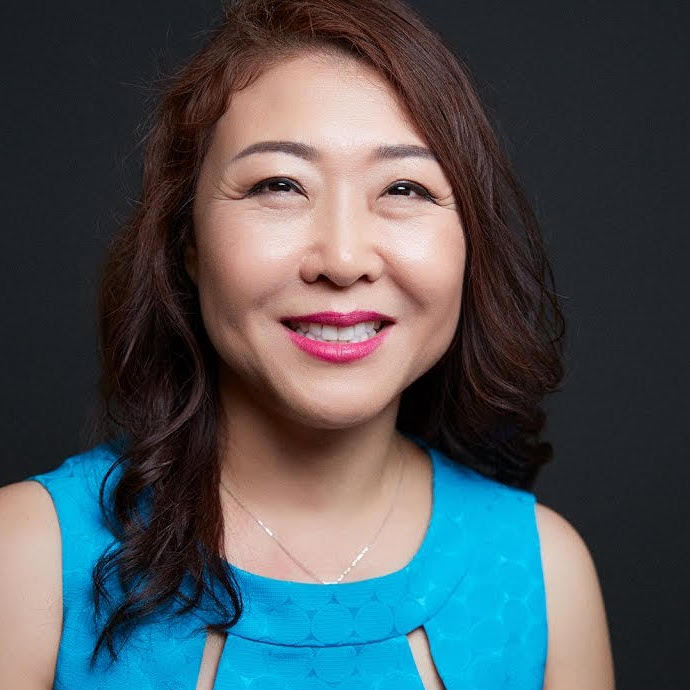 Ms. Hyepin Im is a former U.S. Presidential Appointee on the Board of the Americorps and serves as President and Founder of  Faith and Community Empowerment (formerly KCCD), a national nonprofit involved in empowering churches and nonprofits to leverage their resources by building capacity, leadership, and partnerships in economic development and serving as a bridge between the Asian American community and the greater community at large. Since its inception in 2001, FACE has had over 700 partners, ranging from the White House to Fortune 500 companies. Successful initiatives include educating over 10,000 homebuyers and helping them receive over $1.6 million in down payment assistance, saving over $91 million in mortgages from foreclosure, partnering with both FDIC and Freddie Mac in developing a Korean curriculum in financial literacy and homeownership, implementing a historic $5 million U.S. Department of Labor workforce development program for Asian youth, and hosting joint conferences with the White House and the U.S. Department of Housing and Urban Development to mobilize 5000 Korean American churches for economic development. Ms. Im is a frequent speaker who has been on CNN and NPR and who has been quoted in the Los Angeles Times and the Washington Post. She has presented at numerous conferences including hosted by the White House, U.S. Department of Labor, Christian Community Development Association, United Nations, and Federal Home Loan Bank of San Francisco. She serves on the Mayor’s Interfaith Collective, Pittsburgh Theological Seminary Metro-Urban Institute Advisory Council, U.S. Army Advisory Board. Prior services include Board Member of Greenlining Institute, Community Advisory Board of MUFG Union Bank and Torrey Pines Bank, the Pacific Council on International Policy, the Western Partner for the Council on Foreign Relations, and L.A. County Supervisor’s Empowerment Congress and Board of FTE (Forum for Theological Exploration) and Advisory Board for Pittsburgh Theological Seminary Urban Institute. In 2012, she was honored as Woman of Action by California Speaker of the Assembly John Perez. She was selected twice as Pioneer Woman of the Year by Council President Eric Garcetti and Councilmember Tom Labonge. She was also recognized by LAUSD School Boardmember as a Trailblazer for her work and advocacy for students. Los Angeles Magazine featured Ms. Im as “Ten Inspirational Women of Los Angeles in their September 2013 issue. Her previous positions include venture capitalist for Renaissance Capital Partners, Sponsorship Manager for California Science Center, and Senior Auditor at Ernst & Young. She has a B.S. from U.C. Berkeley, M.B.A. from University of Southern California, and M.Div., summa cum laude, from Wesley Theological Seminary. 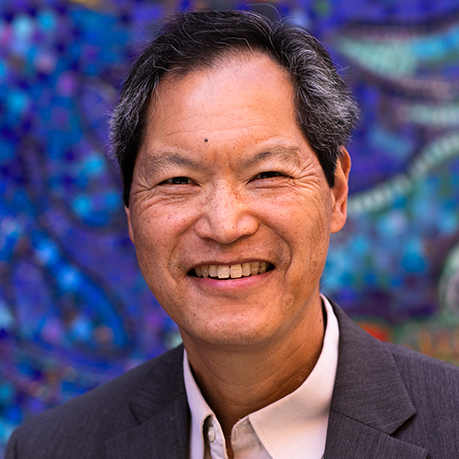 Professor of Asian American Studies at San Francisco State University, Dr. Russell Jeung is an author of books and articles on race and religion. He’s written Family Sacrifices: The Worldviews and Ethics of Chinese Americans (Oxford U Press, 2019); Mountain Movers: Student Activism and the Emergence of Asian American Studies (UCLA AAS Center, 2019); and At Home in Exile: Finding Jesus Among My Ancestors and Refugee Neighbors (Zondervan, 2016).

For his research and activism, the Association of Asian American Studies awarded Dr. Jeung as Engaged Scholar in 2017. He received the Excellence in Professional Achievement award from San Francisco State University in 2021.

In March 2020, Dr. Jeung co-founded Stop AAPI Hate with Chinese for Affirmative Action and the Asian Pacific Policy and Planning Council. It tracks incidents of COVID-19 discrimination to develop policy interventions and long-term solutions to racism.

Stop AAPI Hate was awarded the 2021 Webby Award for “Social Movement of the Year.”  In 2021, Dr. Jeung was named as TIME 100 most influential persons and among the Bloomberg 50 for his global impact. 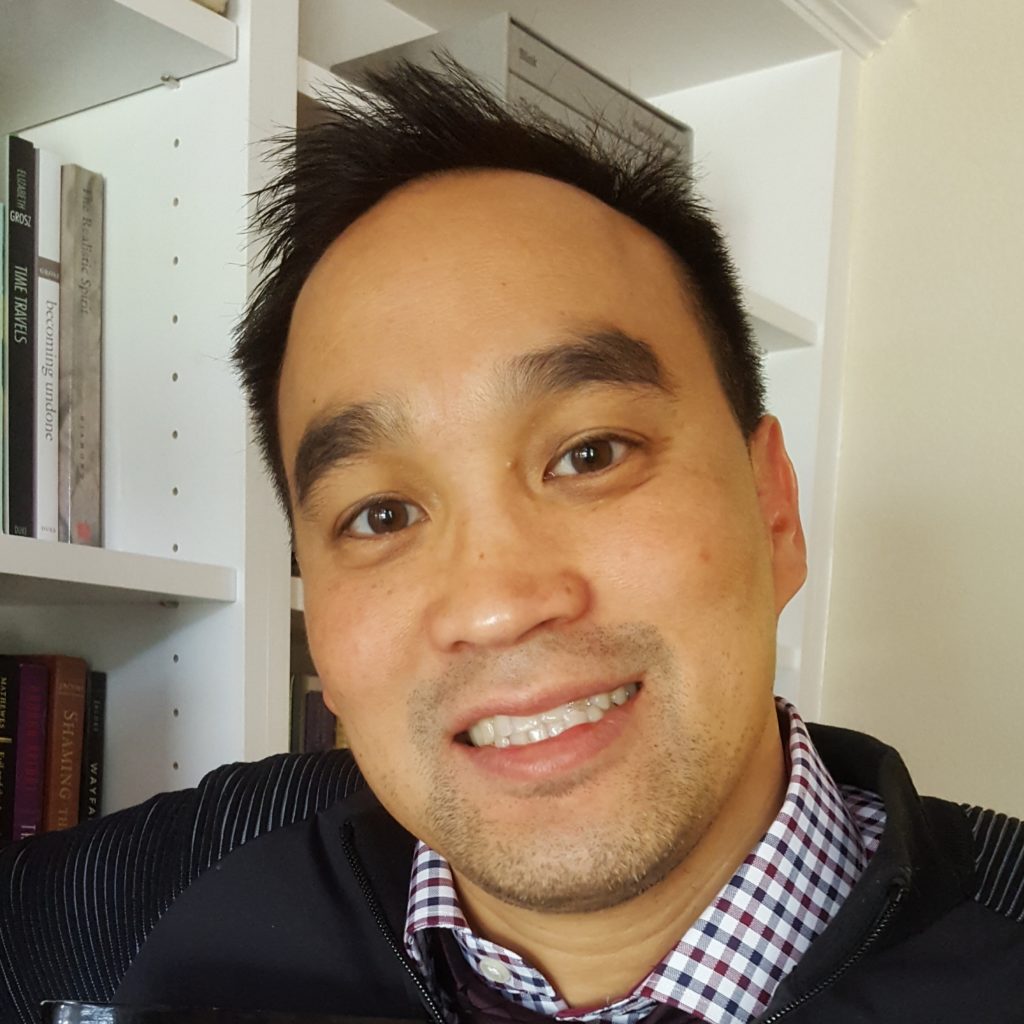 ​​Jonathan Tran holds the George W. Baines Chair of Religion at Baylor University, in Waco, Texas, USA. His research explores the theological implications of the human life in language, especially focusing on the grammar of Christian speech.  Most recently he authored Asian Americans and the Spirit of Racial Capitalism (OUP, 2022).

All times are Eastern Time

I’m Going, Going Back to Cali: Pilgrimage, Protest, and the Politics of Black Joy in the Aftermath of the LA Riots

When and Where We Enter: Reframing How We Talk about 1992 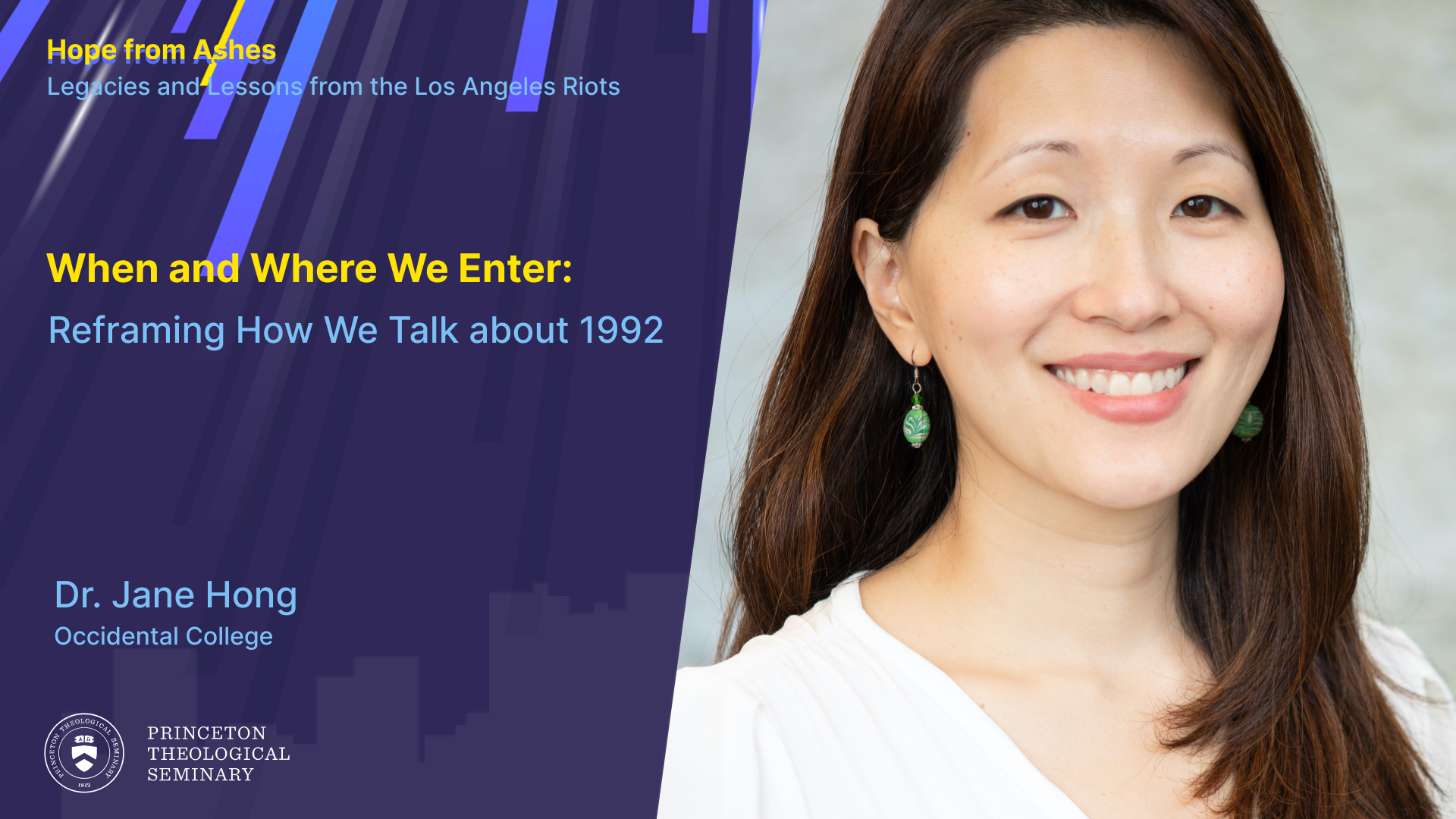 From Fort Mose to Los Angeles to Minneapolis: Insurrection, Protest and Resurrection 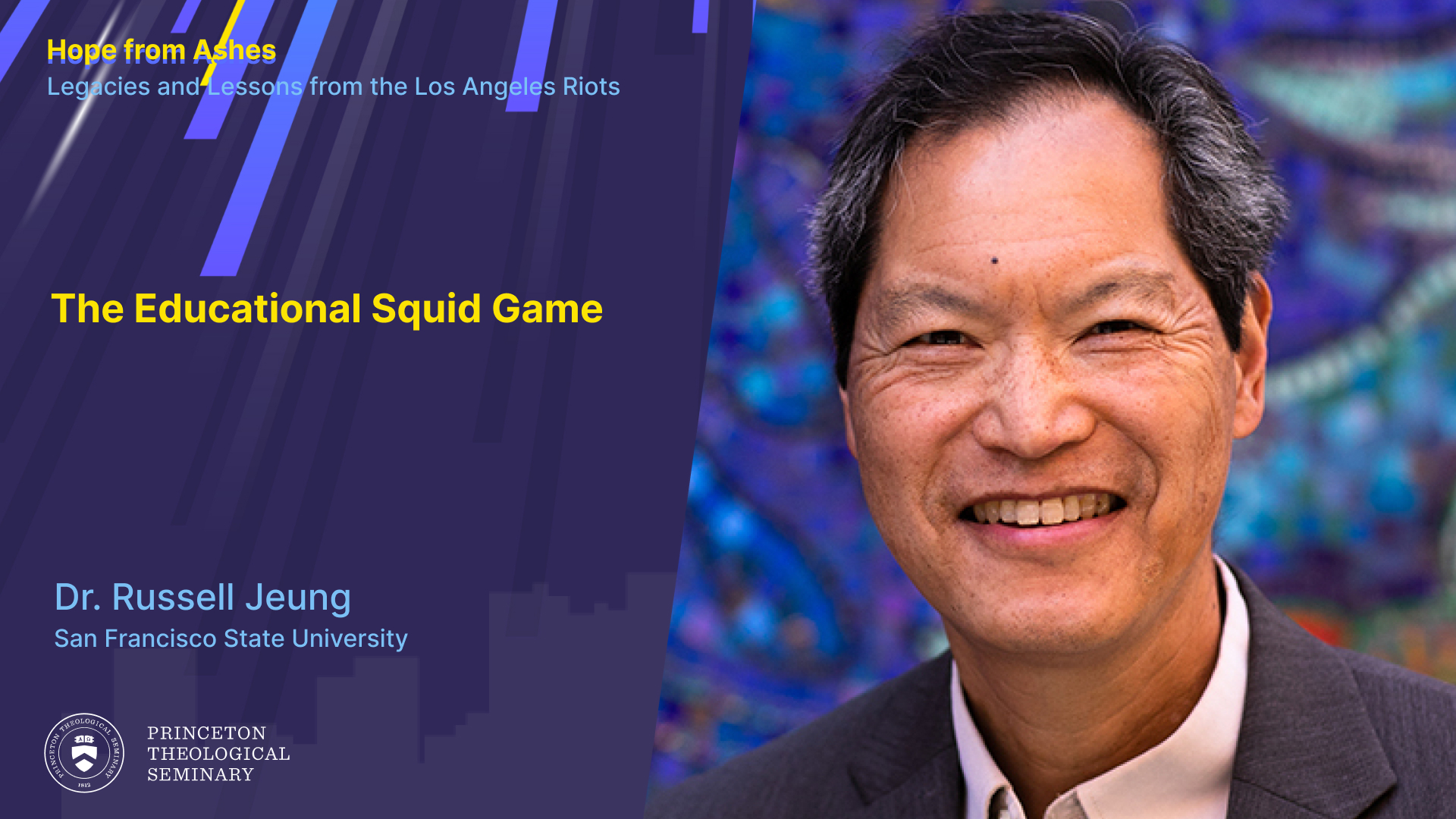 Panel Discussion with All Speakers 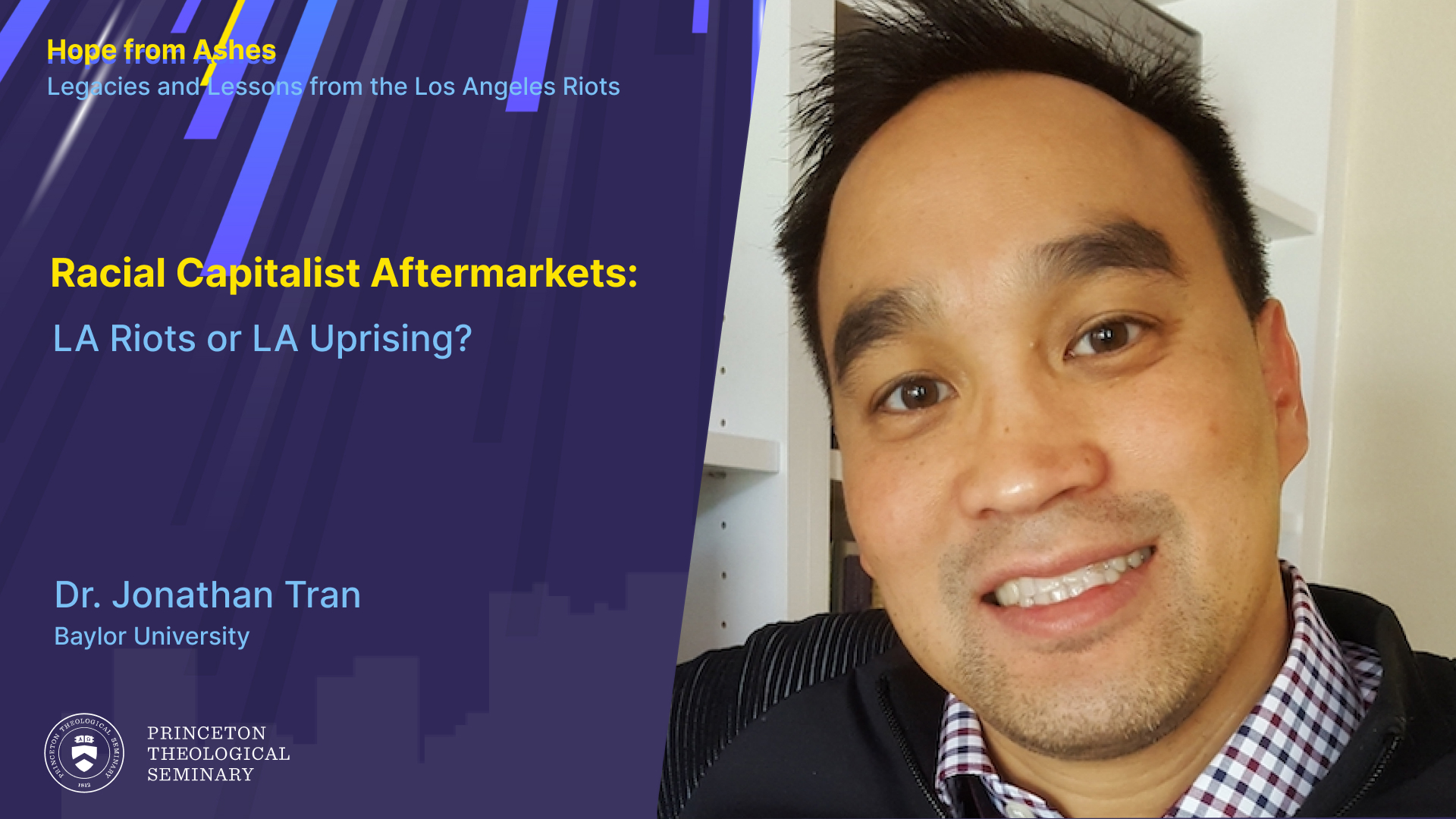 By Any Means Necessary: Religious Protest as Prerequisite for Progress 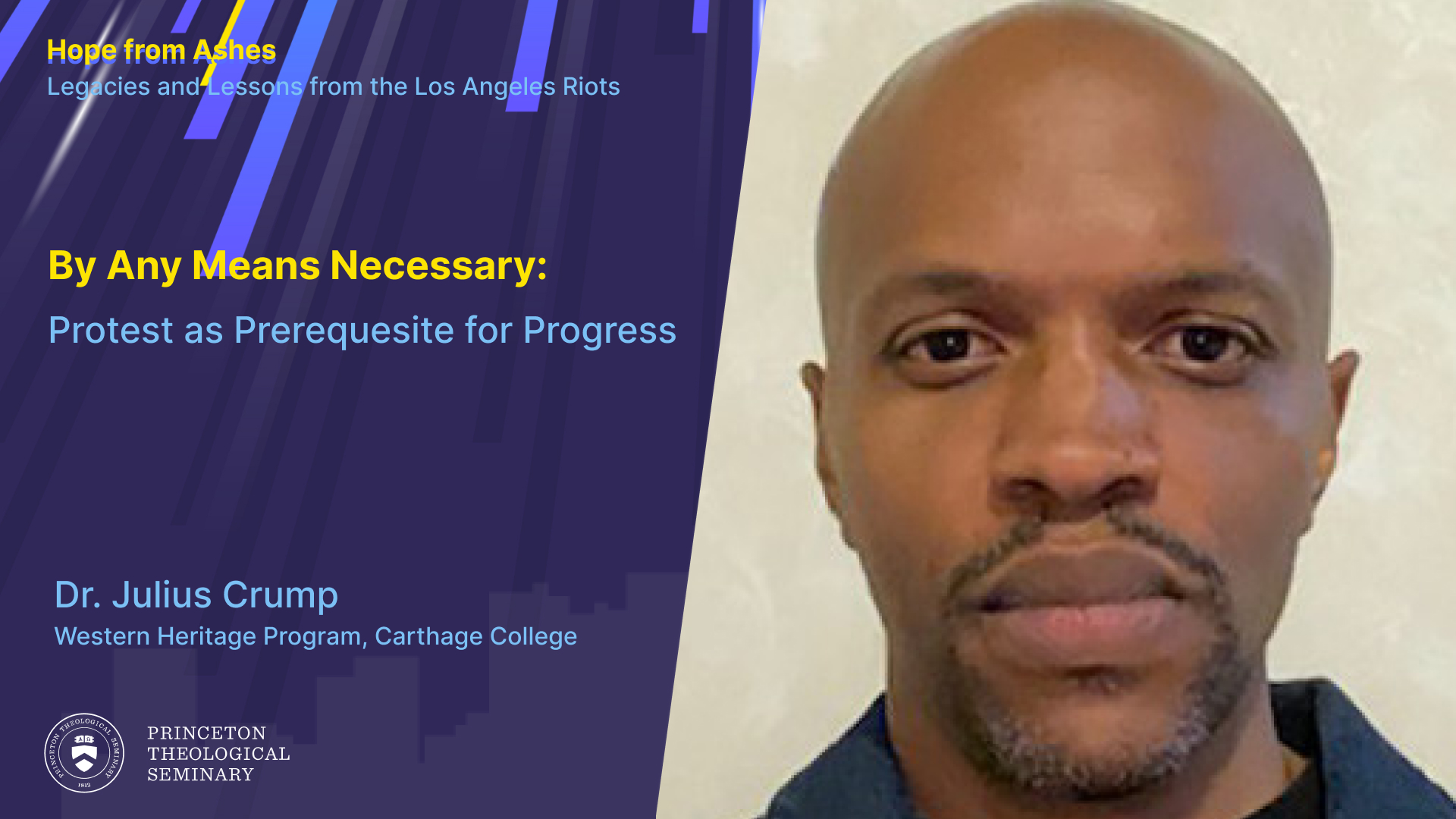 The High Cost of Solidarity 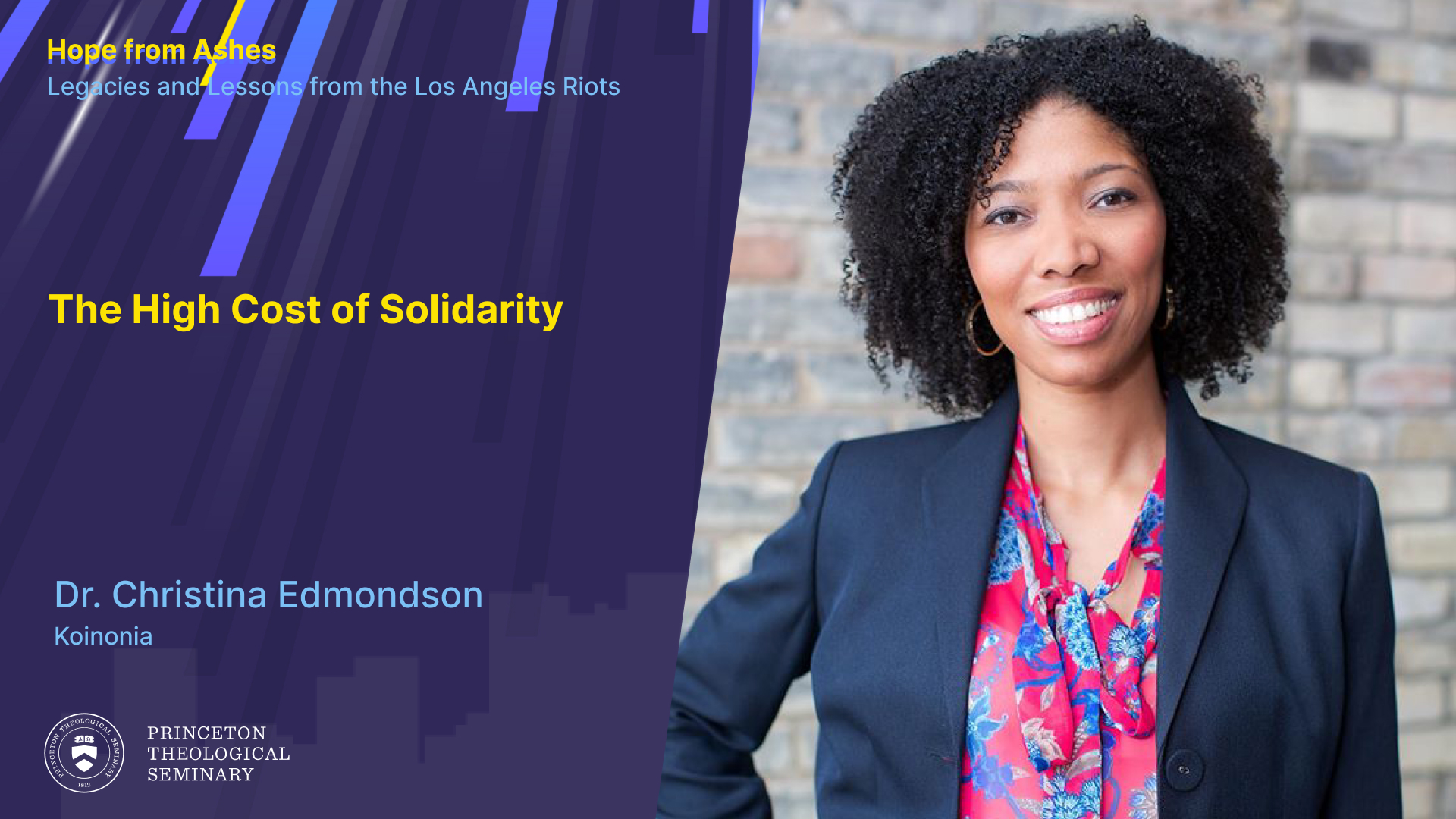 This schedule was designed to maximize interaction with speakers and other attendees. For in-person attendees at Princeton Seminary, we have organized small groups with facilitators for discussions throughout the conference and during dinners. Virtual attendees have the option to organize themselves for discussion groups using the online Airmeet lounge tables. Neighborhood watch parties have been organized across the country to host discussion groups during the conference. To learn more about starting your own watch party please email the conference organizers here 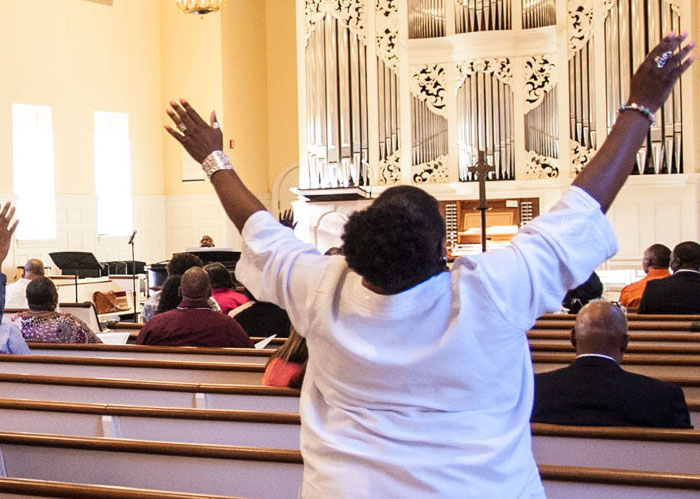 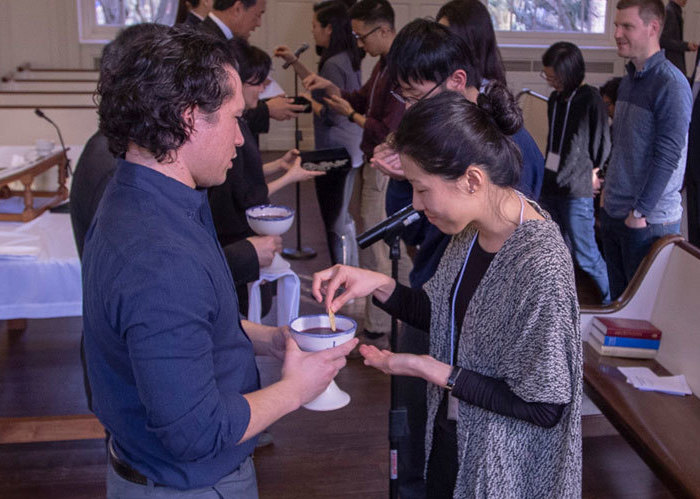